Walsh Hills A New Subdivision is Coming to Snohomish – The city of Snohomish announced that the planning department has approved a site development permit requested by national homebuilder DR Horton for a 110 single-family home subdivision on 20 acres along Terrace Avenue.

This 20-acre site of Walsh Hills was the former home of the Delta Rehabilitation Center or Snohomish Chalet, which was sold by the Walsh family. It was a brain injury medical center that closed in 2019. Site preparation work has begun on the construction site and is hoped to be completed in the late summer of the year 2022. This is when the DR Horton company plans to begin construction on homes. They hope the homes will be available to begin purchasing in the late fall of 2022 according to the DR Horton Seattle president Kevin Capuzzi.

This subdivision neighborhood does not officially have a name but so far is being referred to as Walsh Hills. 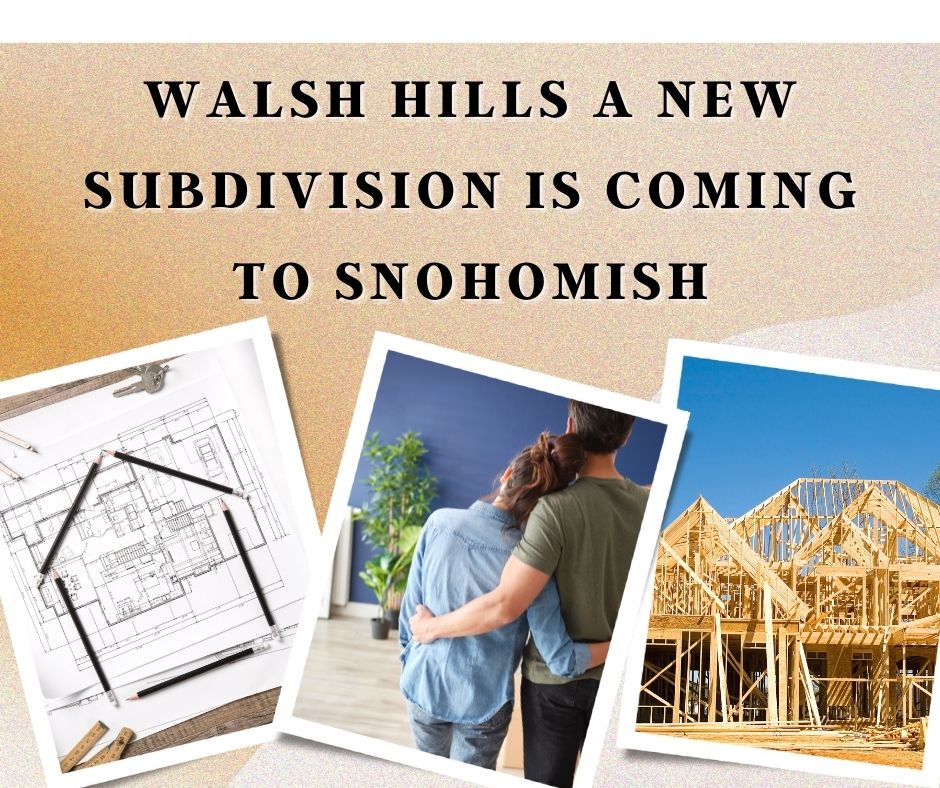 The city also communicated in its announcement of the approval for the building permit that works in the street will include connecting to water and sanitary sewer mains in the street immediately adjacent to the 20-acre property. It also noted the other street work will involve the installation of a storm sewer line that will extend to the south on Terrace Ave. and connect to existing facilities at 16th St.

There is a large tree at the intersection of Terrace and 16th St. and this is planned to be removed, which was also information included in the city’s announcement. The city noted that the removal of this large tree could give a safety benefit of better visibility to cars going through the intersection.

There was some opposition to this development as a neighbor took their frustration to court with a land-use petition earlier in the year. The Snohomish County superior court judge denied this petition on July 29 as long as the city made code when it approved the project enforcing that they make sure they do so. The city has stated that anybody with questions about the site preparation can contact the senior engineering technician of the city of Snohomish, Koi Simpson at the public email address simpson@snohomishwa.gov or by calling the phone number 425-330-9055. The Snohomish city senior utility engineer, Andy Sics, can also be contacted with questions at the email sics@snohomishwa.gov or by calling the phone number 360-282-3174.

There’s very little specific information about what type of homes will be built in this new subdivision of Snohomish, but there will be more detailed information as the project gets closer to the construction of actual homes,

DR Horton is the largest builder of new construction homes by volume in the United States. This company has been around since 1978 and is proud to deliver top-quality new homes across the nation. On their website, they boast of delivering livable floorplans, energy-efficient features, and a robust brand new home warranty that demonstrates their commitment to excellence in construction by backing up their quality product.

For more information on living in Snohomish County, including real estate in the city of Snohomish, please contact us anytime. I would love to show you more about the Walsh Hills community and similar properties in the area.


Check out other local news: